In November, Adam Roben (@aroben) went on a mass pull request spree merging hundreds of gitignore templates into GitHub’s master repository. Finally! Before he combed though 100’s of pull requests, it seemed like nobody was maintaining the official repo. The lack of an updated repository was one of my original reasons for creating www.gitignore.io. Since the official repository was updated, I received a suggestion from @mlang38 to create a submodule repo for gitignore.io that points to GitHub’s official list. That request combined with a few other features prompted me to spend a few hours updating the site and here are the results of the update. 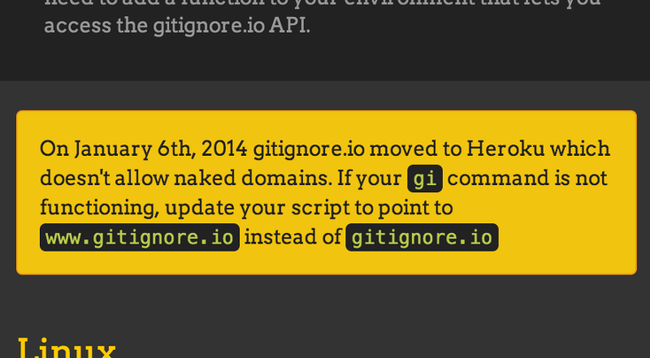 This is my first year running a truly open source project, and the experience has been amazing. Thanks to all of the contributors who have made www.gitignore.io better along the way.

Know When Your Computer Is Intelligent # Over the past few years, I have spent a considerable amount of time on side projects investigating contextual products. A contextual product uses hardware and software sensor inputs to create a... Continue →