Remember Where You Heard It First

If you’re in tune with the latest and greatest apps, then you’ve probably heard of Secret, an anonymous public message syndication app with the slogan “Speak Freely.” Well that’s exactly what the people are doing. Over the past few weeks, multiple news stories broke on Secret before news outlets covered them. Rightly so as journalists are expected to practice due diligence and may be under an embargo barring premature release of information. Tonight’s story? Dropbox acquiring Box. 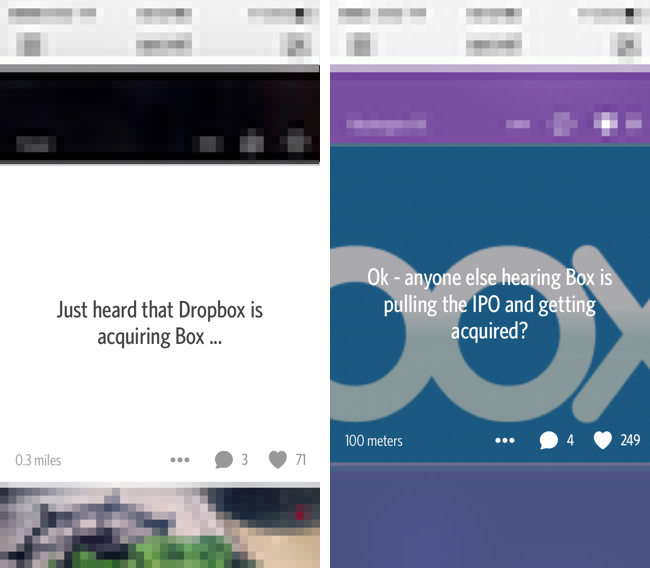 I don’t know if this is actually happening, but I think it adds a very interesting dynamic to the anonymous publishing broadcast medium.

Visualize Touches, Pans and Long Presses # I was working on a project with my co-founder this weekend and my task was to record a simple video that helps onboard users. One of the concepts we are using in our app is something we call... Continue →